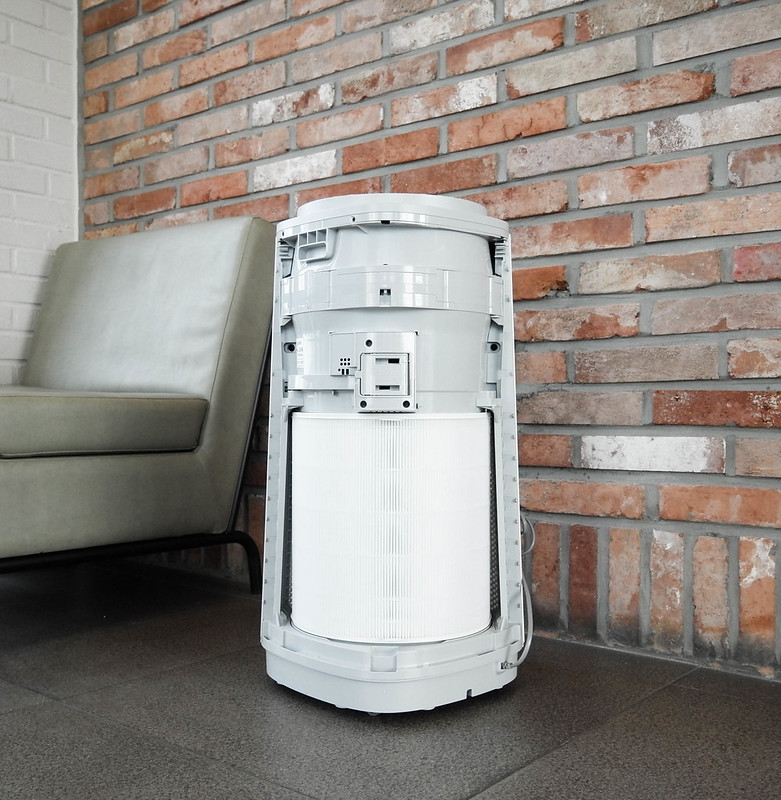 Last summer, Global Plasma Solutions wanted to test whether the company’s air-purifying devices could kill COVID-19 virus particles but could find only a lab using a chamber the size of a shoebox for its trials. In the company-funded study, the virus was blasted with 27,000 ions per cubic centimeter.

In September, the company’s founder incidentally mentioned that the devices being offered for sale actually deliver a lot less ion power — 13 times less — into a full-sized room.

The company nonetheless used the shoebox results — over 99% viral reduction — in marketing its device heavily to schools as something that could combat COVID in classrooms far, far larger than a shoebox.

School officials desperate to calm worried parents bought these devices and others with a flood of federal funds, installing them in more than 2,000 schools across 44 states, a KHN investigation found. They use the same technology — ionization, plasma and dry hydrogen peroxide — that the Lancet COVID-19 Commission recently deemed “often unproven” and potential sources of pollution themselves.

In the frenzy, schools are buying technology that academic air-quality experts warn can lull them into a false sense of security or even potentially harm kids. And schools often overlook the fact that their trusted contractors — typically engineering, HVAC or consulting firms — stand to earn big money from the deals, KHN found.

Academic experts are encouraging schools to pump in more fresh air and use tried-and-true filters, like HEPA, to capture the virus. Yet every ion- or hydroxyl-blasting air purifier sale strengthens a firm’s next pitch: The device is doing a great job in the neighboring town.

“It’s a self-fulfilling prophecy. The more people buy these technologies, the more they get legitimacy,” said Jeffrey Siegel, a civil engineering professor at the University of Toronto. “It’s really the complete wild west out there.”

Marwa Zaatari, a member of the American Society of Heating, Refrigerating and Air-Conditioning Engineers’ (ASHRAE) Epidemic Task Force, first compiled a list of schools and districts using such devices.

Schools have been “bombarded with persistent salespersons peddling the latest air and cleaning technologies, including those with minimal evidence to-date supporting safety and efficacy” according to a report released Thursday by the Center for Green Schools and ASHRAE.

Zaatari said she was particularly concerned that officials in New Jersey are buying thousands of devices made by another company that says they emit ozone, which can exacerbate asthma and harm developing lungs, according to decades of research.

“We’re going to live in a world where the air quality in schools is worse after the pandemic, after all of this money,” Zaatari said. “It’s really sickening.”

The sales race is fueled by roughly $193 billion in federal funds allocated to schools for teacher pay and safety upgrades — a giant fund that can be used to buy air cleaners. And Democrats are pushing for $100 billion more that could also be spent on air cleaners.

WATCH: What impact is ‘the COVID slide’ having on students?

In April, Global Plasma Solutions said further tests show its devices inactivate COVID in the air and on surfaces in larger chambers. The company studies still use about twice the level of ions than its leaders have publicly said the devices can deliver, KHN found.

There is virtually no federal oversight or enforcement of safe air-cleaning technology. Only California bans air cleaners that emit a certain amount of ozone.

U.S. Rep. Robert “Bobby” Scott (D-Va.), chair of the education and labor committee, said the federal government typically is not involved in local decisions of what products to buy, although he hopes for more federal guidance.

In the meantime, “these school systems are dealing with contractors providing all kinds of services,” he said, “so you just have to trust them to get the best expert advice on what to do.”

These go-between contractors — and the air cleaner companies themselves — have a stake in the sales. While their names might appear in school board records, their role in selling the device or commission from the deal is seldom made public, KHN found.

A LinkedIn job ad with the logo for one air purifier company, ActivePure Technology, which employs former Trump adviser Dr. Deborah Birx as its chief medical and science adviser, recruited salespeople this way: “Make Tons of Money with this COVID-killing Technology!!” The commission, the post said, is up to $900 per device.

“We have reps [who] made over 6-figures in 1 month selling to 1 school district,” the ad says. “This could be the biggest opportunity you have seen!”

‘A tiny bit of ozone’

Schools in New Jersey have a particularly easy time buying air cleaners called Odorox: A state education agency lists them on their group-purchasing commodity list, with a large unit selling for more than $5,100. Originally used in home restoration and mold remediation, the devices have become popular in New Jersey schools as the company says its products can inactivate COVID.

“I think parents feel pretty comfortable that their children are going to a safe environment,” he said. “And so did the staff.”

Environmental health and air-quality experts, though, are alarmed by the district’s plan.

The Pyure company’s Odorox devices are on California air-quality regulators’ list of “potentially hazardous ozone generators sold as air purifiers” and cannot be sold in the state.

The company’s own research shows that its Boss XL3 device pumps out as much as 77 parts per billion of ozone, a level that exceeds limits set by California lawmakers for the sale of indoor air cleaners and the EPA standard for ground-level ozone — a limit set to protect children from the well-documented harm of ozone to developing lungs.

That level exceeds the industry’s self-imposed limit by more than 10 times and is “unacceptable,” according to William Bahnfleth, an architectural engineering professor at Penn State who studies indoor air quality and leads the ASHRAE Epidemic Task Force.

Jean-Francois “JF” Huc, CEO of the Pyure company, pointed out that the company’s study was done in a space smaller than they would recommend for such a powerful Odorox device. He cautioned that it was done that way to prove that home-restoration workers could be in the room with the device without violating work-safety rules.

“We provide very stringent operating guidelines around the size of room that our different devices should be put in,” he said. But school staffers are often not warned about the problems they could face if a too-powerful device is used in a too-small room, he acknowledged.

You can’t see or smell ozone, but lungs treat it like a “foreign invader,” said Michael Jerrett, who has studied its health effects as director of the UCLA Center for Occupational and Environmental Health.

Lung cells mount an immune-like response, which can trigger asthma complications and divert energy from normal lung function, he said. Chronic exposure has been linked to more emergency room visits and can even cause premature death. Once harmed, Jerrett said, children’s lungs may not regain full function.

By Lauren Weber and Christina Jewett of Kaiser Health News. First published by PBS News Hour on May 3, 2021.
Read  the full article at https://www.pbs.org/newshour/health/as-schools-spend-millions-on-air-purifiers-experts-warn-of-overblown-claims-and-harm-to-children
Featured image by Aaron Yoo