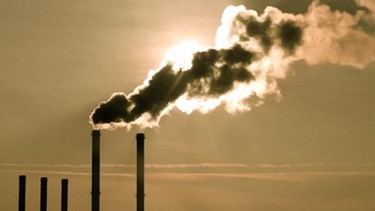 When Amanda Rivera was diagnosed with asthma as a child, everyone told her she’d grow out of it. Instead, Rivera feels like she grew into it.

“It just got worse as I got older,” Rivera said. “I’ve been to like so many doctors, specialists and no one has been able to get rid of the cough.”

For her whole life, Rivera has lived in the same house in the east San Fernando Valley neighborhood of Pacoima, a region with poor air quality in already smoggy L.A. county. Over the years, she’s accrued a tote bag-full of asthma equipment: daily inhalers, rescue inhalers, and nebulizer machines. For Rivera, asthma is just part of her routine.

“Lost cause,” she laughs, then inhales deeply to catch her breath.

Her younger brother, Aaron Ortiz, can’t remember his sister without the condition. It’s part of how he recognizes her.

Ortiz took a particular interest in his sister’s condition as a UC Santa Cruz environmental science student. For one class, he researched Pacoima’s history of redlining, industry and high rates of respiratory problems.

“It just hit me… that’s like describing my life,” Ortiz said.

His sister doesn’t hold it against her hometown’s air for possibly causing and likely exacerbating her asthma. But Ortiz definitely does.

“It’s like this weird pain and anger, knowing that, like, you and your family are statistics,” he said.

According to Michael Jerrett, a UCLA public health professor, Pacoima faces multiple challenges when it comes to air quality. For starters, the geography of the region, a valley, causes air-toxic chemicals, like nitrogen dioxide and ozone to settle near ground level. It’s like liquid in a bowl. That’s where small particles get into people’s lungs, where they can cause inflammation.

Read the full article at: https://laist.com/air-quality-pacoima-asthma