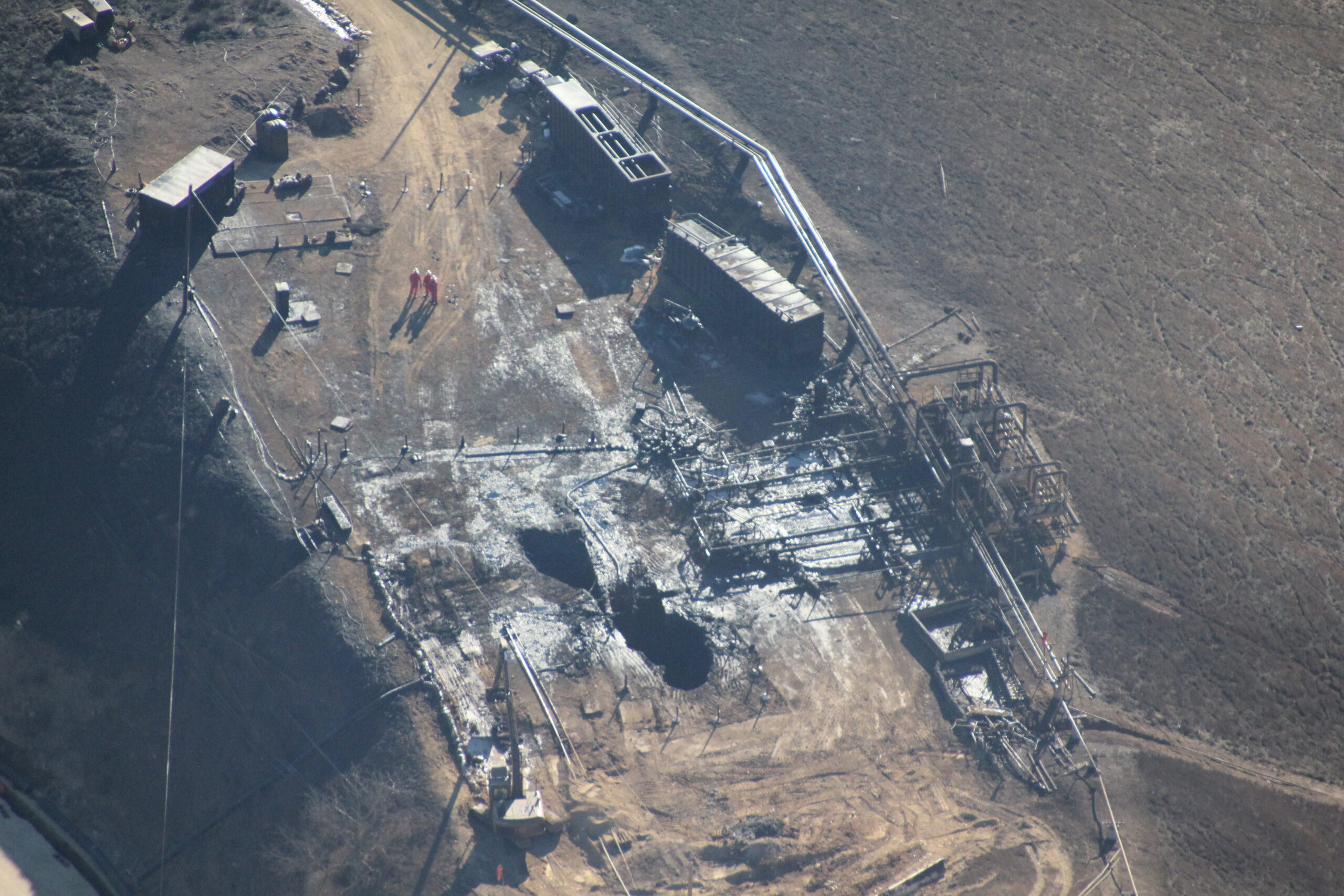 Air quality samples collected near the Aliso Canyon natural gas storage facility during the 2015 blowout that led to the largest-known human-caused release of methane in U.S. history showed elevated levels of pollutants known or suspected to be associated with serious health problems, a UCLA Fielding School of Public Health-led study has found.

The study, which appears in the June 26 issue of the peer-reviewed journal Environment International, raises concerns about the potential public health impacts resulting from the methane leak at the Southern California Gas Company facility, which is located less than a mile from the Los Angeles residential community of Porter Ranch in the northwest San Fernando Valley.

Although methane is a powerful greenhouse gas that can contribute to climate change, it does not have a federal-level actionable human health benchmark. But the UCLA study found that the high methane levels in Porter Ranch during the final weeks of the event coincided with — and likely influenced —  a broad range of air pollutants known or suspected to cause certain cancers, as well as neurological and respiratory effects.

The study also found evidence that the final attempts to plug the leak in the well at the Aliso Canyon facility were associated with particle emissions that likely came from the well site, and that the well and/or activities associated with attempts to mitigate the leak had a discernible effect on the indoor air environments of homes that were sampled.

“Our findings demonstrate that uncontrolled leaks or blowout events at natural gas storage facilities can release pollutants with the potential to cause not only environmental harm, but also adverse health consequences in surrounding communities,” said study first author Diane A. Garcia-Gonzales, a postdoctoral scholar at the UCLA Fielding School of Public Health and UCLA Institute of Environment and Sustainability. “This suggests the need for a thorough assessment of the health impact this event had on the Porter Ranch and surrounding communities, both for the benefit of that population and to better understand the potential health risks to communities surrounding the hundreds of other natural gas storage facilities throughout the U.S.”

Southern California Gas operators working at the Aliso Canyon facility first reported the leak on October 23, 2015, and by the time state officials announced that it was permanently plugged, nearly four months later, approximately 97,100 metric tons of methane had been released into the atmosphere. An assessment of more than 100 indoor environments, including homes and schools, adjacent to the storage facility found elevated levels of several air toxins along with a “fingerprint” of metals in dust samples similar to those taken of samples at the blowout site. In a post-leak community survey, 63% of households reported that someone in their home had experienced symptoms persisting after the leak was plugged, including headaches, nausea, and gastrointestinal or respiratory problems.

The UCLA-led team sought to delve further into the previously reported findings by identifying which air pollutants known to be associated with health risks were elevated in conjunction with the high levels of methane measured during the leak. The researchers found evidence that a broad range of hazardous air pollutants were co-emitted during the peak methane emissions, with a spike in the final days when the well was being plugged.

“More than 300 natural gas storage fields within the United States use depleted oil wells, many of them aging, with very little oversight as to how they should be updated,” said Michael Jerrett, the study’s senior author, who is professor and chair of the UCLA Fielding School of Public Health’s Department of Environmental Health Sciences. “Given the potential for future events like the one that occurred at Aliso Canyon, it’s essential that we continue to learn about the health risks both during these active blowout events and as residents who evacuate return to their homes.”

The UCLA Fielding School of Public Health, founded in 1961, is dedicated to enhancing the public’s health by conducting innovative research, training future leaders and health professionals from diverse backgrounds, translating research into policy and practice, and serving our local communities and the communities of the nation and the world. The school has 650 students from more than 35 nations engaged in carrying out the vision of building healthy futures in greater Los Angeles, California, the nation and the world.

Above and Beyond
Q&A: Health Effects of Climate Change
Breathing Easier