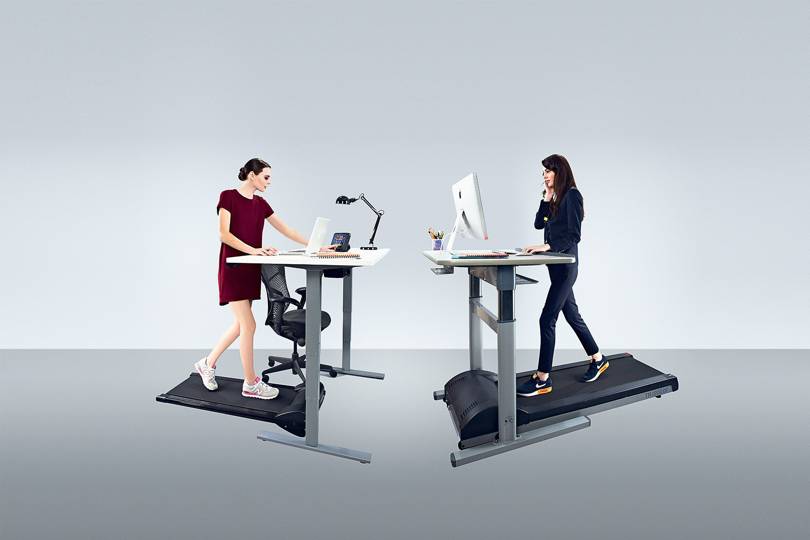 The “sitting is the new smoking” theory started as early as 1961. Researchers in London found that bus drivers had three times more risk of “sudden death” than their conductor colleagues, and established for the first time a link between sedentariness and heart disease.

And the research that has followed since has consistently confirmed it: a report conducted on 800,000 people in the UK in 2012, for example, found that those who sat for the longest periods of time were two times more at risk of diabetes, heart disease and early death.

Just last week, the American Journal of Epidemiology published another study recommending that we cut the overall time that we spend sitting. The team, led by professor Keith Diaz of Columbia University, who had previously put forward the theory that the issue lay in how much time we spend sitting without interruption, suggested that we break sitting time into bouts of under 30 minutes.

“This new study shows that, unlike what we had previously hypothesised, the length of sitting doesn’t matter; even short sedentary time is harmful,” Diaz says. “What helps is movement. You have to replace some of the time that you spend sitting with movement to reduce your overall sitting time.”

The research, conducted on almost 8,000 middle-aged and older adults, concluded that replacing 30 minutes of sitting time with light physical activity like walking could cut risks of early death by 17 per cent; and up to 35 per cent if replacing it with higher-intensity activity.

The body of research dedicated to the dangers of sitting may be extensive; but so far it has failed to clearly define why and how exactly sedentariness impacts our hearts. A slower metabolism can be blamed for higher blood pressure, obesity and for fat clogging around the heart. Or it could be that the time spent sitting means less time spent exercising, which has been shown to improve heart health. The most recent study showed that sitting for more than ten hours a day led to the release of more troponins – a protein that heart muscle cells produce when they are damaged, and which lead to heart disease when they are kept above normal levels for an extended period of time.

A direct link between troponin and sitting is hard to establish, given that many other factors can come into play, such as body mass index or age. But while the exact how remains unclear, it is still giving workers reason to worry – understandably, given the amount of professions now requiring that we sit in front of a screen all day.

The NHS recommends “walking to a co-worker’s desk” instead of using emails, or placing your laptop on a box to work standing. The American Medical Association stated that work settings should offer employees alternatives to sitting all day. And alert entrepreneurs were keen to jump on a business opportunity, creating the much-hyped sit-stand desk, which is forecast to represent a $2.8 billion market in 2025.

Except sit-stand desks, while they may relieve muscular pain, will do little for your heart. Peter Smith, senior public health scientist from the Institute of Medical Science at the University of Toronto, explains that standing for a couple of hours more at work doesn’t require enough energy to significantly reduce cardiovascular risk. “If you were to stand instead of sit for an hour, you would burn 9 extra calories,” he says. “So you would need to stand for six hours more to burn off the energy from a slice of bread. And standing for that long will put you at risk for other conditions like heart disease.”

Solutions like the sit-stand desk, therefore, won’t reduce the risk of heart disease for workers who sit all day. And more importantly, like the avalanche of guidelines delivered by health institutions targeting sedentariness in the office, they have missed a point.

Niklas Krause, a professor in Environmental Health Science at UCLA, explains, studies so far have analysed total sitting time, and failed to differentiate between sitting at work and sitting at home. And that is significant, because it means that although sitting at work seems the most obvious behaviour to change, it is not necessarily the one that is the most harmful.

“Sitting during the entire day is definitely associated with higher mortality compared to people who sit less,” he says. “But studies that have investigated sitting at work separately found that sitting work postures were not associated consistently with any increased cardiovascular disease risk.”

David Rempel, professor of occupational medicine at the University of California San Francisco, agrees: “Studies have found that sitting time at work does not increase risk,” he says. In fact, he continues, if you had to predominantly sit or stand at work, you would probably select sitting as the lesser evil to reduce your cardiovascular risk.

That is far from saying that sitting is good for you. But certain forms of sitting, which have not been given much attention, are a lot more dangerous; particularly forms of sitting that occur in leisure time. And if there is one that researchers all agree to point their fingers at, because of its high correlation to cardiac disease, it is sitting in front of the TV. A behaviour that Diaz describes as “toxic,” especially when it is combined with high calorie intake. And something that is bound to happen to the everyday Joes, he says, who come back from work and have dinner – potentially their most energy-dense meal – in front of the television.

Although you may think that sitting is sitting, there are several reasons that could explain why watching TV in your couch is a lot worse. While you sit in an office, you may take more breaks, walk to meetings, grab a coffee, go to the printer; you will be more likely to be sitting straight; you will be sustaining what Jeroen Lakerveld, associate professor with the Upstream team – a research network focusing on the relationship between the environment and chronic disease risk – describes as “active maintenance”. Not quite the same as slouching in front of Love Island all Sunday.

And with that comes a new dimension to the sitting imbroglio: that of socio-economic background. It has been shown that lower socio-economic positions are linked to higher TV viewing habits, and therefore higher exposure to toxic sitting time. An inequality that Lakerveld found to be confirmed in his research. “In absolute terms, higher-educated people sit more, because they are more likely to have sat office jobs,” he says. “But the much more damaging form of sedentary behaviour – that of sitting on the couch and watching television – is more prominent among those with lower-education backgrounds.”

So is there something that public health institutions should think about, rather than recommending sit-stand desks? Diaz certainly thinks so. The latest study he led did not differentiate between sitting at work and sitting in leisure time. While that doesn’t undermine its final conclusion – we should reduce the overall time we spend sitting by moving more every day – he recognises that it is something that needs to be given more attention.

“Not much of our work is geared towards targeting leisure time,” he says. “Yet it’s when you’re at home that you need to change your behaviour.” So you might want to swap your evening plans to binge-watch Sex Education for a casual walk in the park. It’s worth the effort.

Originally published by Daphne Leprince-Ringuet in WIRED at https://www.wired.co.uk/article/standing-desk-benefits#_=_