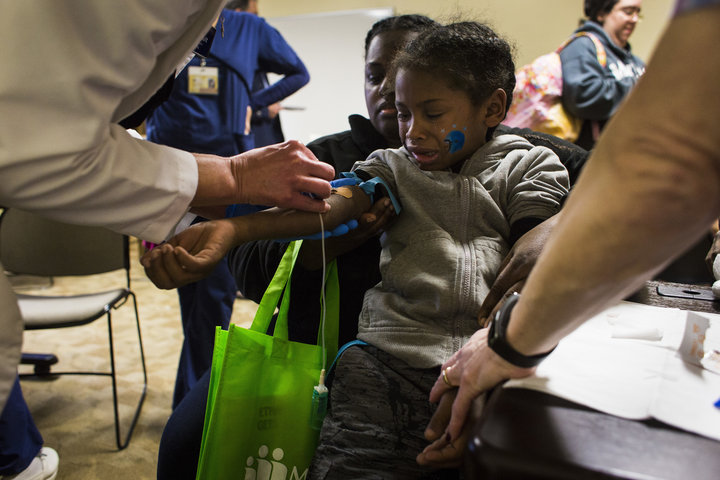 Recent research shows that even low levels of lead in a child’s blood can harm brain development, leading to learning disabilities, lowered IQ and attention disorders. As confirmed by the National Center on Birth Defects and Developmental Disabilities, one in six children in the U.S. has a learning or developmental disability. On average, it costs twice as much to educate a child with a learning or developmental disability as it does to educate a child without one according to the National Education Association and the American Institutes for Research.

The TENDR experts have charted a course for safeguarding children from lead poisoning within five years and eliminating exposures to lead by 2030. “The time has come to consign childhood lead poisoning to the medical history books,” said David Bellinger, lead study author and Professor of Neurology, Boston Children’s Hospital, Harvard Medical School. “We know where the lead is, we know how it gets into children’s bodies, we know what it does to harm health. What we need is the political will to get the job done.” The alliance recommends and says that, if fully adopted, these new national goals are achievable within five years:
• Federal agencies adopt health-based standards and action levels that rely on the most up-to-date scientific knowledge.
• Federal, state and local governments protect pregnant women and children by identifying and remediating sources of lead exposure prior to exposure.
• Congress creates an independent expert advisory committee to develop and fund a long-term national strategy to eliminate lead toxicity in pregnant women and children.

According to the U.S. Centers for Disease Control and Prevention, there is no safe level of lead. Federal standards on allowable levels of lead in paint, dust, air, water and soil are obsolete and have failed to protect children in cities nationwide. “Some may say that lead is already low, or, that we are pushing for too much. But, lead is entirely toxic, period. We want to reduce exposure so that by 2021 there is no child with blood lead levels above 5 microgram/deciliter which is the current reference limit set by the CDC. Currently about 2.5% of U.S. children between ages 1 and 5 years still have blood lead levels above that,” explains article co-author Dr. Aimin Chen, associate professor in the Department of Environmental Health at the University of Cincinnati College of Medicine.

The TENDR experts recommend setting new health-based standards and action levels to protect all children from lead poisoning. The key to prevention is to avoid exposures by identifying and eliminating sources of lead in the environment.

“No matter how you look at it—protecting kids’ brains, reducing the numbers of kids needing special education, increasing the number of productive workers paying taxes, or increasing global competitiveness—it makes sense to eliminate lead exposure,” says article co-author Dr. Bruce Lanphear, Professor of Children’s Environmental Health at Simon Fraser University in Vancouver, British Columbia. These measures incur high benefits for low costs. A 2009 study by the Economic Policy Institute found that for every $1 spent to reduce exposures to lead, society would benefit by $17-$221. This benefit is comparable to that of childhood vaccines.

At its Interim Meeting in November 2016, the American Medical Association’s House of Delegates adopted policy supporting regulations and efforts designed to protect young children from lead exposure, in alignment with Project TENDR’s goals.

The authors received no external funding for the viewpoint. Project TENDR is supported by the John Merck Fund, Passport Foundation, Ceres Trust and the National Institute for Environmental Health Sciences.

ABOUT PROJECT TENDR
Project TENDR, which stands for “Targeting Environmental Neuro-Developmental Risks,” is an alliance of over 50 of the nation’s top scientists, health professionals, and health advocates, including UCLA COEH’s Beate Ritz. It was launched and is co-directed by Maureen Swanson of the Learning Disabilities Association of America and Irva Hertz-Picciotto, director of the University of California Davis, Environmental Health Sciences Center. TENDR’s longterm mission is to lower the incidence of neurodevelopmental disorders, such as ADHD, autism and learning disabilities, by reducing exposure levels to chemicals and pollutants that can contribute to these conditions, especially during fetal development and early childhood. Visit Project TENDR’s consensus statement for more information.