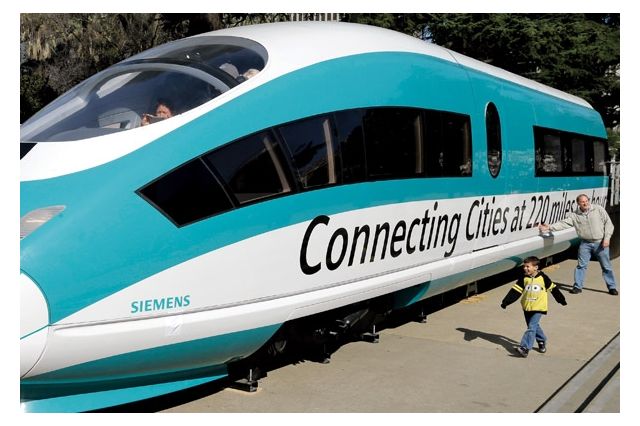 A team from the UCLA Fielding School of Public Health is helping to steer California’s high-speed rail project in a healthy direction. The California High-Speed Rail Authority asked a Fielding School team headed by Brian Cole, lead analyst for the school’s Health Impact Assessment Group, to assess the potential health implications of the system as a whole.

In addition, the team is assessing the health impact on the Fresno-to-Bakersfield portion of the planned project — identified as an area of particular concern by the California Environmental Protection Agency, based on the population’s environmental exposure, health risks and socioeconomic status.

The Fielding School group has been a national leader in the growing movement, which draws on interdisciplinary expertise to assist decision-makers and communities in weighing potential health effects of major projects and policies.

“Transportation affects health in so many ways,” says Cole. “This project will have significant effects, both direct and indirect, through changes not only in transportation habits, but also in economic development and how communities are structured. And the decisions and actions by both the state authority and local governments can go a long way toward maximizing potential benefits and minimizing potential harm.”

While the population in the San Joaquin Valley region covered by the Fresno-to-Bakersfield route may benefit from increased economic opportunity, the Fielding school team is also weighing the potential for negative effects. “There have been cases in which these types of projects have connected between places but divided within,” explains Michael Jerrett, professor and chair of the Department of Environmental Health Sciences and a member of the study team. He points to noise and traffic-safety concerns around the high-speed rail station and the tendency of past projects to route the trains through areas that place a disproportionate share of these burdens on low-income populations and people of color.

The complete story on the team and the project is in the autumn/winter 2016 issue of UCLA Fielding School of Public Health Magazine.