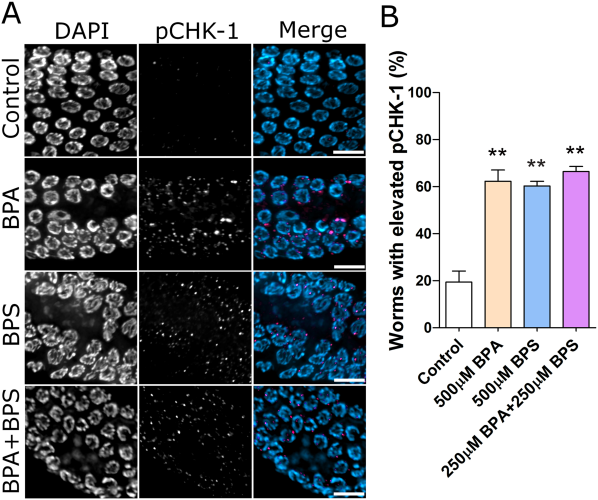 Concerns about the safety of Bisphenol A, a chemical found in plastics, receipts, food packaging and more, have led to its replacement with substitutes now found in a multitude of consumer products. However, several popular BPA-free alternatives, such as Bisphenol S, share a high degree of structural similarity with BPA, suggesting that these substitutes may disrupt similar developmental and reproductive pathways. We compared the effects of BPA and BPS on germline and reproductive functions using the genetic model system Caenorhabditis elegans. We found that, similarly to BPA, BPS caused severe reproductive defects including germline apoptosis and embryonic lethality. However, meiotic recombination, targeted gene expression, whole transcriptome and ontology analyses as well as ToxCast data mining all indicate that these effects are partly achieved via mechanisms distinct from BPAs. These findings therefore raise new concerns about the safety of BPA alternatives and the risk associated with human exposure to mixtures.