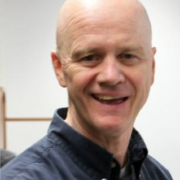 About the lecture: Testing of chemicals to determine if they are teratogenic is a black box process where the chemical is administered to two mammalian species during the period of organogenesis and then the offspring are examined for congenital malformations. Current protocols for in vivo testing focus on using mammals with the logical idea that the most likely predictor of the human phenotype will be organisms with the least evolutionary distance from the human. A fundamental tenet of developmental biology is that the primary gene products utilized in development are conserved over a wide spectrum of animal phyla. It is hypothesized that the interaction of chemicals with these gene products could be likewise conserved over a wide range of phyla, however the phenotypic outcomes will depend on the context in which the developmental genes are utilized. Thus, if there is less emphasis on phenotypes and more emphasis on the nature of the interaction of a chemical with proteins during the developmental process, then non-mammalian and even non-vertebrate animals may be predictive of developmental toxicity. The sea urchin has been chosen as a model organism for the current approach because it has the most well characterized developmental gene regulatory network of any organism. This allows for a fundamental understanding of the development of the organism, thus providing a basis for describing abnormal development or dysmorphogenesis. Examples demonstrating this concept will be discussed.

About the speaker: Michael Collins has a B.S., M.S. and Ph.D. in various types of engineering, as well as M.S.P.H. in public health. He was fortunate to obtain a post-doctoral fellowship in the Interdisciplinary Programs in Health program at Harvard University which allowed him to pursue almost anything he chose, thus providing the opportunity to transition to life sciences. A second post-doctoral fellowship in teratology was obtained at Children’s Hospital in Cincinnati, where he later became a junior faculty member. He did a sabbatical at the Freie Universität in Berlin, Germany to learn retinoid analytical chemistry. He then moved to UCLA in the early 1990s and has been here ever since then except for a sabbatical at Caltech to learn about the gene regulatory network in sea urchin development.