Recent years have seen a significant acceleration of efforts to decarbonize the U.S. economy and invest in greater societal resilience. A long-standing justification for such actions has been the protection of human and ecological well-being, particularly those that are most vulnerable to the externalities of energy use. However, the decarbonization agenda is susceptible to goal substitution, in which the protection of well-being is overshadowed by the goal of achieving reductions in carbon emissions. This phenomenon generates a growing number of equity concerns for distributional justice, such as how the costs and benefits of decarbonization are allocated among different actors, as well as procedural justice in terms of who makes decisions regarding decarbonization pathways. Without careful navigation, climate action can act to perpetuate or exacerbate, rather than reverse, social inequities, thereby harming those that policy interventions should be trying to protect. Such pitfalls can be navigated, but some trade-offs between climate action and well-being are likely unavoidable. 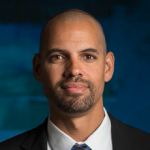 Benjamin Preston (he/his) is a senior policy researcher at the RAND Corporation where he is also director of the Community Health and Environmental Policy program and a professor in the Pardee RAND Graduate School. His recent research efforts include understanding the role of knowledge in climate risk management, analysis of disaster recovery options and their implementation in Puerto Rico and the U.S. Virgin Islands, scenario analysis for a low-carbon future, and the implications shocks such as COVID-19 and climate change for the delivery of infrastructure services. Previously, he held research positions with the Climate Change Science Institute at Oak Ridge National Laboratory, the CSIRO’s Division of Marine and Atmospheric Research, and the Pew Center on Global Climate Change. Preston has held leadership roles on national and international scientific assessments including the fourth and fifth U.S. National Climate Assessments and the Intergovernmental Panel on Climate Change’s Fifth and Sixth Assessment Reports. He received a B.S. in biology from the College of William & Mary and a Ph.D. in environmental biology from the Georgia Institute of Technology.

Questions? Email us at coeh@ph.ucla.edu