“Carry your Green Book with you…you may need it,” was a phrase printed on the cover of The Negro Motorist Green Book, a well-known guide that helped African American travelers find safe places to eat, sleep, and fuel their vehicles during the highly segregated Jim Crow era.  During this period, the Green Book, first published in 1936, and automobile ownership were  seminal gestures of independence and freedom for the “Negro motorist”.  However redlining, a policy established by the U.S. Federal Housing Administration only two years earlier represented a confinement of wealth and health for African American communities throughout the nation. Structural racism by way of land use policies, like redlining or exclusionary zoning, followed by the surge of suburbanization in the 1950s, and the bulldozing of highways through African American neighborhoods, not only buttressed the economic and racial segregation of American cities, but these practices also perpetuated inequities in transportation opportunities (e.g., transit deserts) and risks (e.g., Biking While Black) that are still observed today. This seminar will delve into historical and contemporary transit inequities stemming from structural racism within the United States through an examination of built and social environments. Disparities related to these environments and as well as health outcomes, in light of the COVID-19 pandemic, will also be discussed.  It is anticipated that this seminar initiates an open dialogue of communication so that we can begin working together to achieve transit and environmental justice for everyone. 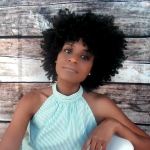 Jennifer D. Roberts is a tenured Associate Professor in the Department of Kinesiology, School of Public Health at the University of Maryland College Park (UMD). Dr. Roberts is also the Founder and Director of the Public Health Outcomes and Effects of the Built Environment (PHOEBE) Laboratory as well as the Co-Founder and Co-Director of NatureRx@UMD, an initiative that emphasizes the natural environmental benefits interspersed throughout and around the UMD campus. Her scholarship focuses on the impact of built, social, and natural environments, including the institutional and structural inequities of these environments, on the public health outcomes of marginalized communities. More specifically, much of her research has explored the dynamic relationship between environmental, social, and cultural determinants of physical activity and using empirical evidence of this relationship to infer complex health outcome patterns and disparities as well as instigate a powerful shift that recognizes, breaks, and transforms these conditions and determinants of health.

Questions? Email us at coeh@ph.ucla.edu