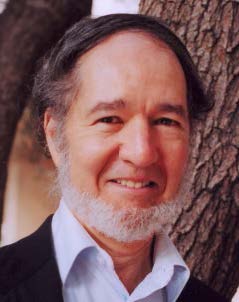 About the lecture: Most of us UCLA staff and students, when we eventually die, will die of non-communicable diseases, such as diabetes, stroke, heart disease, and cancers. In traditional tribal societies, almost no one died or dies of those diseases; deaths are instead due mainly to infectious diseases, accidents, violence, and famine. But when traditional societies adopt the modern Western lifestyle, the result all over the world is the rapid development of epidemics of non-communicable diseases worse than incidences now prevailing in Western societies themselves. How can these epidemics be understood?

About the speaker: Jared Diamond is a Pulitzer-prize-winning author of five best-selling books, translated into 38 languages, about human societies and human evolution: Guns, Germs, and Steel, Collapse, Why Is Sex Fun?, The Third Chimpanzee, and The World until Yesterday. As a professor of geography at UCLA (University of California at Los Angeles), he is known for his breadth of interests, which involves conducting research and teaching in three other fields: the biology of New Guinea birds, digestive physiology, and conservation biology. His prizes and honors include the U.S. National Medal of Science, the Pulitzer Prize for Non-fiction, the Tyler Prize for Environmental Science, and election to the U.S. National Academy of Sciences. He is a director of World Wildlife Fund/U.S. and of Conservation International. As a biological explorer, his most widely publicized finding was his rediscovery, at the top of New Guinea’s remote Foja Mountains, of the long-lost Golden-fronted Bowerbird, previously known only from four specimens found in a Paris feather shop in 1895.