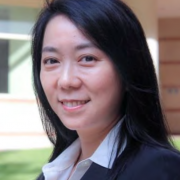 Environmental Pollution and Cardiovascular Health: A Tale of Two Cities

About the lecture: More than seven million people in U.S. travels to a country with severe environmental pollution (e.g. China and Indian) annually. However, little is known about how travelers’ exposure to environmental toxicants and health are influenced by the pollution in destination countries. More importantly, it is unclear whether travel’s influence sustains after returning to the U.S. To shed a light on these questions, we followed a panel of UCLA students traveling to Beijing, China during 2012-2017 and biomonitored their exposures and health conditions. In this talk, we will present our findings on the exposure to polycyclic aromatic hydrocarbons, bisphenol A and tobacco smoke. Emphasis will be made on exposure’s determinants and the associated cardiovascular effects.

About the speaker: Dr. Yifang Zhu is Professor of the Environmental Health Sciences (EHS) Department in UCLA Fielding School of Public Health where she also serves as the Associate Dean for Academic Programs. She graduated from Tsinghua University in 1997 and received her Ph.D. in from UCLA EHS department in 2003. Her research interest is primarily in the field of air pollution, environmental exposure assessment, and aerosol science and technology. Her current research focuses on measuring and modeling air pollutant emissions, transport, and transformation as well as assessing and mitigating the associated adverse health effects. She is working on a wide range of research projects both locally and globally. Her scholarship and creativity has been recognized by several national awards, including the Walter A. Rosenblith New Investigator Award from the Health Effects Institute in 2007, the Faculty Early Career Development (CAREER) Award from the National Science Foundation in 2009, and the Haagen-Smit Prize from Atmosphere Environment in 2011. Dr. Zhu was appointed to California Air Resource Board’s Research Screening Committee in January 2014.