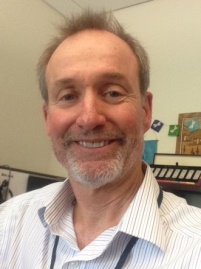 About the lecture: We will try to identify traits of 21st century public health by looking at its past, considering some of the most visible current discoveries and drivers, and discussing one example-housing. California communities legally must provide adequate housing, including affordable housing, while minimizing exposures of occupants to local traffic-related air pollutants. This has become a widespread challenge given: 1. California Air Resources Board (CARB) guidance not to site housing within 500 feet of a high-volume roadway and 2. The strong public policy focus on reducing traffic emissions, especially greenhouse gases, by concentrating development for more location efficient travel and emphasizing infill development (building within the existing development footprint) and transit-oriented development (TOD), particularly in California’s major metropolitan areas. Since many infill residential development locations are near high-volume roadways, and many TODs are located near transit corridors that parallel freeways, residents may be exposed to health risks associated with traffic-related air pollution. Local and regional government agencies must confront these challenges and make decisions to achieve long-term community sustainability objectives, including adequate access to affordable housing, while improving and protecting health.

About the speaker: Dr. Kreutzer is chief of the Division of Environmental and Occupational Disease Control in the California Department of Public Health. Dr. Kreutzer has devoted his career to disease surveillance and prevention. He helped develop a framework for environmental health tracking (a.k.a. surveillance); built better asthma surveillance in the State; studied exposure to molds and mycotoxins from composting, biosolids, or indoor sites with moisture; and helped create a new Environmental Contaminant Biomonitoring Program for California. He has worked with the Strategic Growth Council and Resources Agency to administer an Urban Greening program and has examined health impacts of siting housing near high volume roadways while promoting infill and transit oriented development. Recently, he has convened a team to examine public health impacts from oil and gas development in CA and has assisted the Governor’s Drought Task Force with assessing the public health impacts of California’s drought. As principle investigator for California Breathing, he has helped build an exceptional team that crafted the Strategic Plans for Asthma in California and now coordinates Plan implementation projects. He oversees the Division Emergency Preparedness Team to establish capacity and protocols for chemical emergency response. He has been a reviewer for several environmental health journals, a lecturer at UC Berkeley, and is on the clinical faculty at UCSF. His bachelor’s degree is from the University of Wisconsin, MD degree from the University of Pennsylvania, and epidemiological training from UCLA. Prior to coming to the Health Department, he worked as a family physician and emergency room physician.