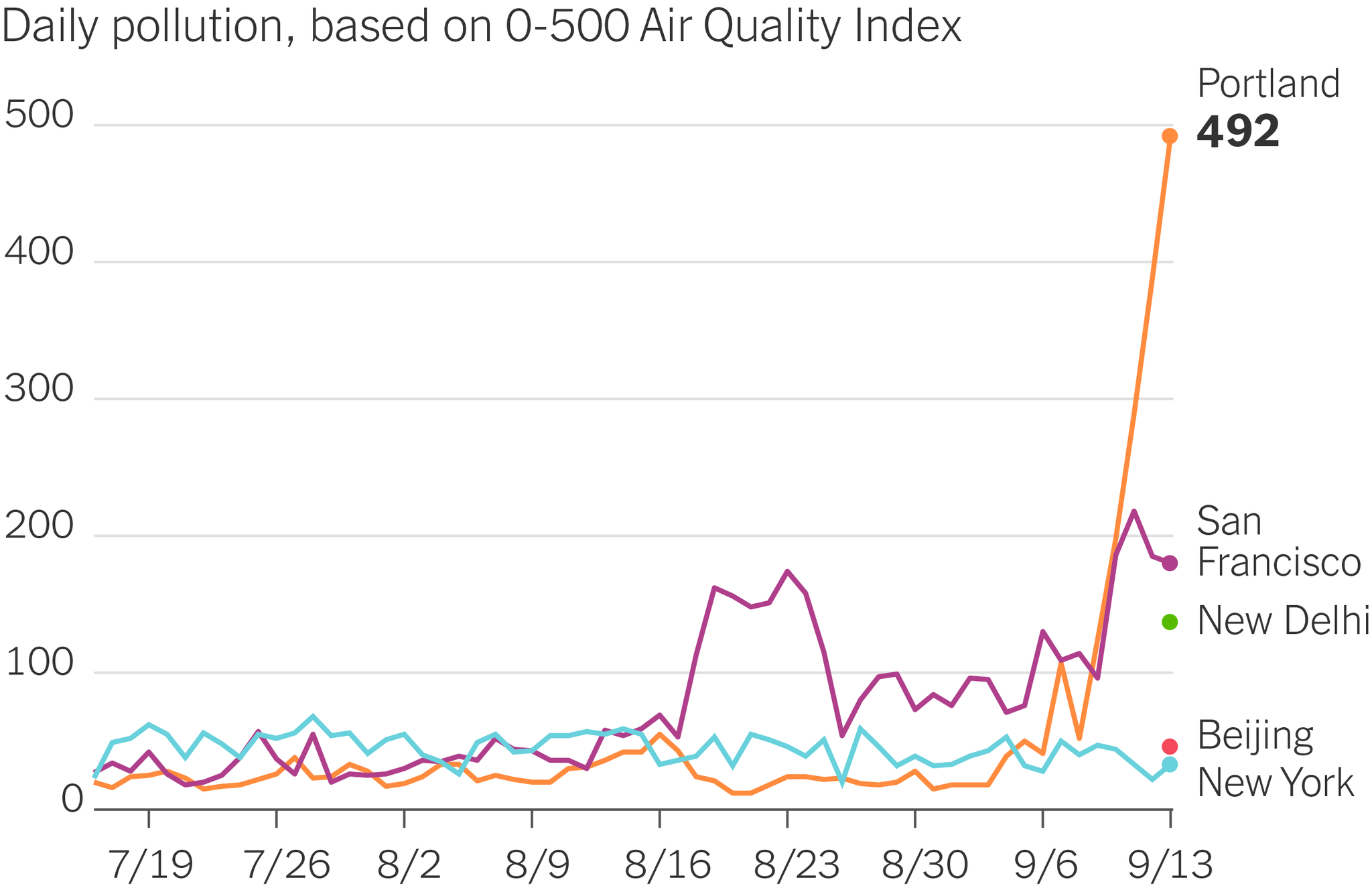 During a short walk in her Los Angeles neighborhood a few days ago, my colleague Jill Cowan could smell and feel the smoke that had entered her throat. In Estacada, Ore., southeast of Portland, Lisa Jones told The Washington Post that breathing the air felt “like sticking yourself in a little room with 12 people all around you, smoking cigarettes.” A friend of hers, Deborah Stratton, added, “It burns your chest.”

The worst effects of the wildfires are the direct ones: the deaths, the loss of homes and the destruction of natural habitat. But the secondary pollution effects — from the smoke that is clogging the air — are not minor.

The world’s most polluted cities are typically in Asia, like Delhi, Beijing, Lahore and Dhaka. Over the last few days, though, Portland, Ore., has had significantly worse air quality than any other city in the world. The air in Los Angeles, San Francisco and Seattle hasn’t been quite so bad, but it has still been worse than in virtually any place outside the U.S.

Long-term exposure to the tiny particles in polluted air increases the risk of asthma, lung disorders, heart attacks and strokes. But even short-term exposure can lead to more respiratory problems, as Yifang Zhu, a professor at the U.C.L.A. Fielding School of Public Health, told my colleague Sanam Yar. And this year’s wildfires — some of which have already been going for about a month — may have weeks to burn. California’s wildfire season still has four months left.