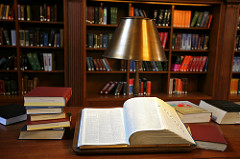 The world’s most influential scientific researchers in 2018 include 40 UCLA scholars, including COEH’s Director Dr. Michael Jerrett and faculty member Dr. Beate Ritz.In its annual list, Clarivate Analytics names the most highly cited researchers — those whose work was most often referenced by other scientific research papers for the preceding decade in 21 fields across the sciences and social sciences. (The 2018 list is based on citations between 2006 and 2016.)

The researchers rank in the top 1 percent in their fields in producing widely cited studies, indicating that their work “has been repeatedly judged by their peers to be of notable significance and utility,” according to Clarivate. Current UCLA faculty members and researchers who were named to the list, noted with their primary UCLA research field or fields, are: