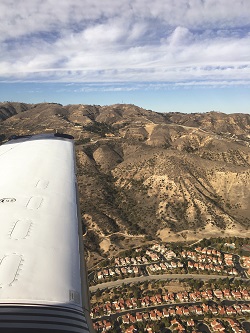 Two years after the largest methane blowout in U.S. history, residents in the Porter Ranch neighborhood of Los Angeles are still in the dark about its long-term effects on their health.

When well SS-25 at the Aliso Canyon gas storage facility sprung a leak on Oct. 23, 2015, it released almost 100,000 metric tons over the course of four months — the equivalence of 7.8 million metric tons of C02, or emissions from almost 2 million cars. Along with methane, many other toxins —including benzene — were released and have since been found in homes in Porter Ranch.

State and local agencies say that the levels of toxins residents were exposed to “are not expected to cause a significant increase in overall risk of health effects from either short-term or long-term exposure.” But few agencies are willing to state conclusively that there are no long-term health risks

According to scientists like UCLA professor Michael Jerrett, this is because there is not enough scientific evidence to prove anything. He says it’s important to conduct a comprehensive study to determine if residents are still getting sick from the blowout. And while SoCalGas, the company responsible for the blowout, agreed to fund $1 million for a health study, the sum fell short of the $13 to 46 million that experts, politicians, and county health officials think a proper study would cost.

Dr. Nordella, a local health practitioner who became alarmed at the number of complaints his patients were reporting to him, decided to test residents himself for toxic exposures. His results have left many in the community alarmed.

By Jika Gonzalez and Sarah Sax