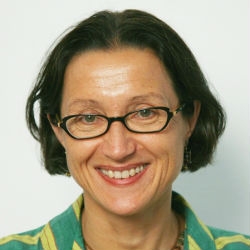 Research interest:
Her research focuses on the health effects of occupational and environmental toxins such as pesticides, ionizing radiation, and air pollution on chronic diseases including neurodegenerative and neurodevelopmental disorders (Parkinson’s disease, autism cognition), cancers, and adverse birth outcomes and asthma. She previously investigated the causes of cancer in chemical toxin and radiation exposed workers and assessed the impact of ergonomic work-place factors on musculo-skeletal disorders. For the past two decades, she studied the effects of air pollution on adverse birth outcomes as well as asthma, autism, and cancers in children in Southern California. In 2006, she received the Robert M Zweig Memorial award for outstanding achievement in air quality and medicine from the South Coast Air Quality Management District and in 2012 she has been appointed a member of the CA-EPA Scientific Review Panel on Toxic Air Contaminants. Since 1997, she has been investigating the long-term effects of pesticide exposures on Parkinson’s disease and cancers and is currently conducting a project to implement a Parkinson’s disease registry required by a 2004 law in California. In 2011 she recieved an award from the American Parkinson’s Disease Association (APDA) for outstanding contributions to the advancement of Parkinsons research. In her research she uses geographic information system (GIS) modeling of environmental exposures including pesticide use and traffic related air pollution in California and investigates links between genetic susceptibility factors and environmental exposures in populations. She is directing and collaborating in a large number of federally (NIH, DOD), state (California Air Resources Board), and foundation (Michael J Fox Foundation, Komen) funded research projects.

Beate Ritz joined the faculty of the School of Public Health at UCLA in 1995 and is currently Professor and Vice Chair of the Epidemiology Department and holds co-appointments in the Environmental Health department at the UCLA School of Public Health and in Neurology, UCLA School of Medicine; she is a member of the Center for Occupational and Environmental Health (COEH), the Southern California Environmental Health Science Center (SCEHSC), and co-directs the NIEHS-funded UCLA Center for Gene-Environment Studies of Parkinson’s disease. Dr. Ritz received her MD and a PhD in Medical Sociology from the University of Hamburg Germany in 1983 and 1987; she was a research fellow and resident at the Psychiatric University-Hospital in Hamburg from 1987-1989, and received doctoral training and a PhD degree in Epidemiology in 1995 from UCLA.